Can We Age Gracefully?

It’s the million-pound question isn’t it – can we age gracefully?

We can’t really answer that, but we do have some nifty theories that can help us try!

For this one, we need to head back to the 1950’s where a guy called Denham Harmon thought that free radicals were the basis of aging.  In short, the more free radicals, the sooner we age.  Many have argued, many have agreed, and the theory lingers on.

Free radicals are like the exhaust fumes of work, they are produced as a result of reactions that occur in our cells.  We have our own inbuilt defence systems, which produce antioxidants that donate an electron to restabilise these harmful molecules, and in an ideal world, these systems are balanced; our antioxidant defences can keep up with the free radicals.  But the free radical theory of aging suggests that free radicals outnumber our defences resulting in oxidative damage.  As a result, there is mitochondrial DNA damage (you’ll remember the mitochondria are the power plants of the cell) and dysfunction.

Our bodies are incredibly smart, and when they sense something is wrong, like a dysfunctional cell, it sends out a message for the cell to activate programmed cell death – it doesn’t want it starting to cause problems.  But when a cell dies, it needs to be replaced; this is known as cell turnover.  According to the Hayflick limit, all of our cells have a finite number of which they can replicate – much like a chicken will only lay so may eggs in their lifetime – and so increased cell turnover means the Hayflick limit is reached quicker – and this is what we know as aging.

Oxidative stress can result in damaged cells, and when a healthy body senses these damaged cells, it wants to get rid of them and replace them.  It is thought that we have a production line limit, and this is, simply put, aging.  (Unless it’s a cancer cell – by definition, these cells have no limit).

Whilst there are many things we don’t know about aging; it makes sense to support our antioxidant defences in an attempt to buffer against oxidative stress.

Start by including a range of antioxidant foods in your diet – the more colours the better.

In addition, Fivaday is clinically proven to provide an antioxidant boost equivalent to your five a day portions of fruit and vegetables. 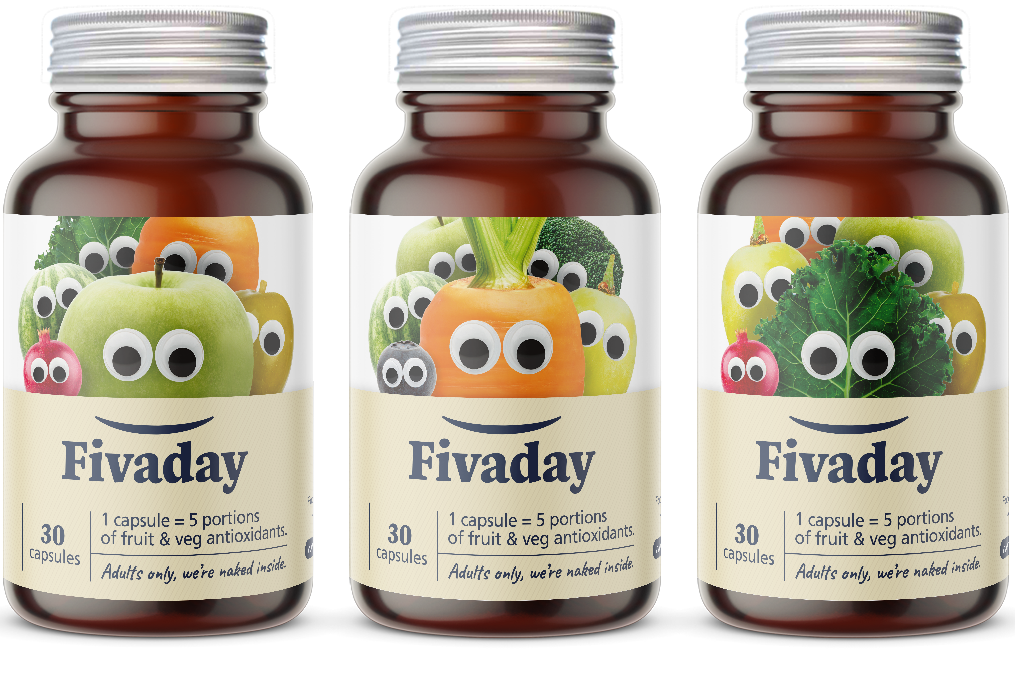